Cash rules everything around me – or rather, us.

As we touched down at the Narita Airport, it felt like the start of another one of our annual two week long vacations. We breezed through customs and immigration but it took an hour to pick up our Japan rail passes. Unfamiliar in our new surroundings, and with only 15 minutes left to catch the train into the city, we somehow neglected to exchange currency at the airport as we rushed to the train tracks. This move would bite us in the ass later, as we would soon find out. 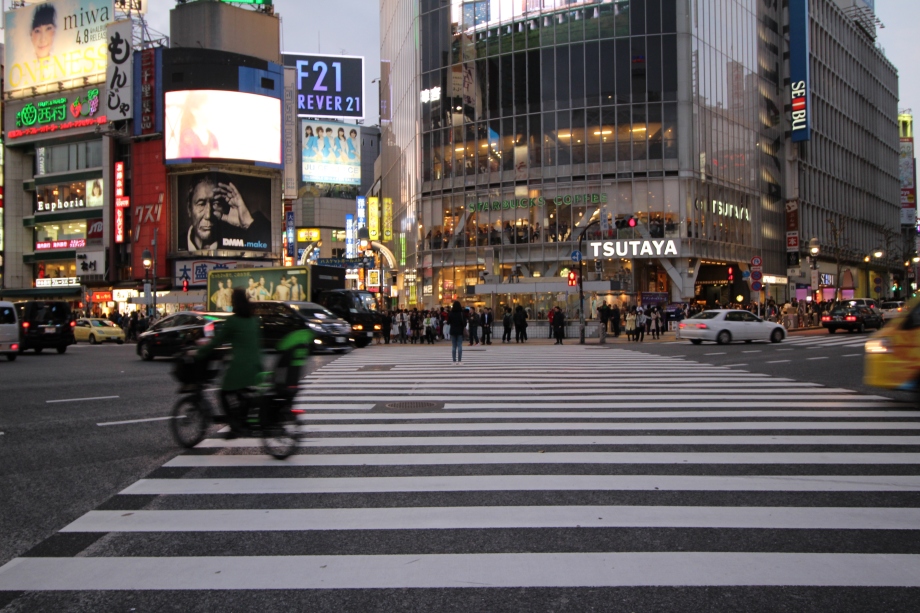 The first taste of Tokyo was at the famed Shibuya crossing. When we arrived at the Shibuya station and exited to transfer to another train line, it finally hit me that we were really on a world tour. We emerged above ground like a pair of uprooted turnips and were met with bright neon lights and a cacophony of sounds from the dozen animated billboards surrounding this famous intersection. With my eyes wide and mouth agape in awe, I even turned to Simon and exclaimed “We’re in Tokyo bitch!” for comedic effect. He just shook his head and gave a half smile, something he does when I crack a dumb joke or say something weird or awkwardly outlandish. I clutched tightly onto his hand for fear of separation as we swam upstream into the throngs of people. 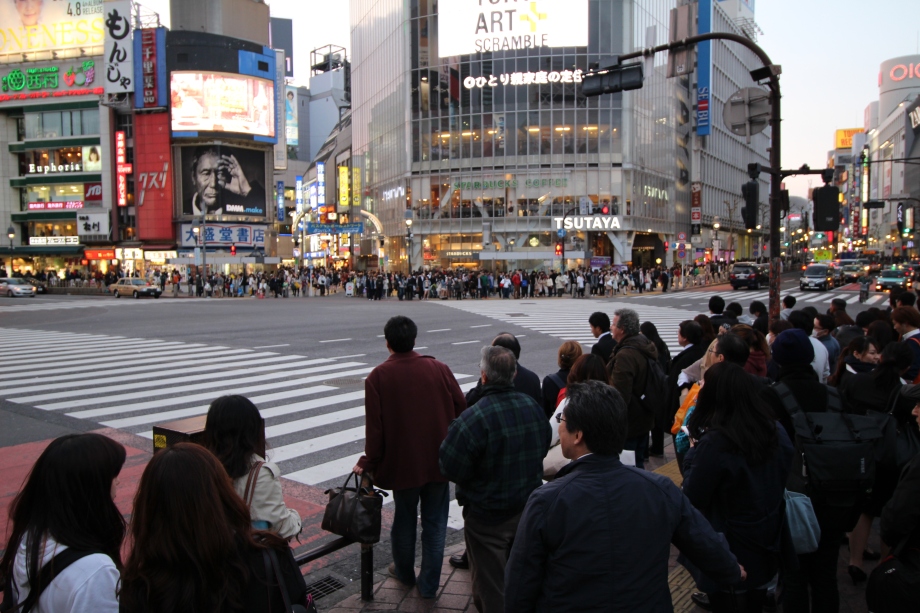 With the weight of our packs slowing us down and moving against the crowds of people swarming all around us, we eventually made it to the connecting station, figured out how to use the kiosk, pressed the necessary buttons and inserted the credit card to pay. It didn’t process. Simon tried it a second time. Again, it couldn’t process. Then we tried my card, and had the same issue. We pressed the attendant button. In a Keebler elf-like fashion, an unnoticable half door to the right of the kiosk opened and out popped a little man. We showed him the credit card and he shook his head. We understood. Cash was king and plastic was but a lowly peon. Okay, let’s go above ground – there’s gotta be an ATM, I reasoned.

We found one immediately, or rather, 20 gleaming ATMs all in a row, with privacy dividers separating each one. Excited, Simon made his withdrawal. Instead of dispensing crisp bills, it spit out a receipt that read “Could not be processed. Please contact the bank.”

I don’t know how many ATMs we tried that evening, but we were rejected one after another, and in some cases, our card wouldn’t even feed into the slot. I thought my travelers checks would be our saving grace but, like our misfortune with the ATM machines, we were rejected redeeming those as well. With currency exchange windows closed for the day, our cash USD was as unless as a ton of bricks, weighing down our money belts and morale.

We asked convenience shop owners, were directed to cell phone stores and even inquired at an Apple store. The familiarity of the famous white and silver logo comforted us, as if they were the American embassy and would somehow save the day. The employee directed us to a bank two blocks away. Our excitement quickly dissipated as we approached the bank to find out it was an ATM we had already tried.

The weight of the world felt heavier than ever, or maybe it was the 30 pounds we had been hauling around for the past two hours as we hunted for ways to get our hands on some yen. It was getting late and the dreary drizzly weather only added to our despair.

We stopped at another convenience store and pleaded our case. The man behind the counter shook his head and shrugged his shoulders. He couldn’t help us, nobody could. Disappointed, frustrated, tired and hungry, we gave a half hearted arigato and lumbered out of there.

“Wait,” I said as we stood on the street. “There are some ATMs in there, should we try once more?” We both had doubts it would work but we figured there was nothing to loose except more hope. I inserted my card, pressed the buttons and a miracle happened: the machine spit out bills. We couldn’t believe our eyes! I felt like I was robbing the bank. Simon quickly went after my turn, as if we were afraid our good fortune would fade if we didn’t act soon. We were so happy we started laughing hysterically, thinking this was just a mirage that would slip through our fingers if we didn’t have a tight grip on the crisp bills that were afforded to us.

Even during the ordeal when it seemed like all ATM doors were closing in our faces and the probability of being homeless for the night increased, I never lost hope. Although this wasn’t an ideal way to kick off this round the world trip, things could have been much worse, like death by dismemberment.

And the moral of the story is: The boy with the cold hard cash is always Mr. Right, especially in Japan.